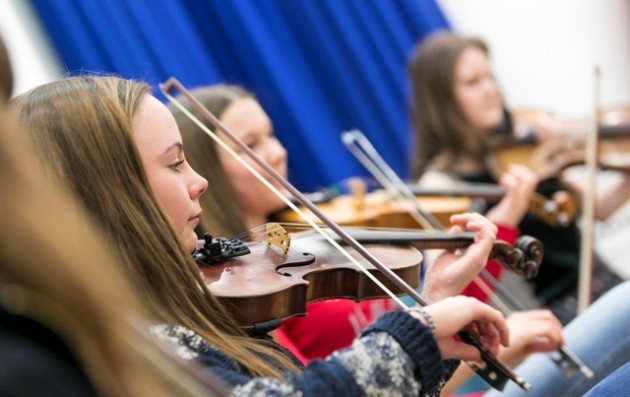 Folkestra is Sage Gateshead’s regional youth ensemble for folk music for musicians ages 13-19. This is a long winded way of saying they are a band of brilliant and enthusiastic young folk musicians. The idea formed when Folkworks was still independent and Kathryn Tickell ran the band for many years before stepping down in 2015.

At the same time as recruitment for the new Musical Director was taking place we still had an ensemble to run, and I made the decision that I was not going to put myself in for the job and therefore I could be the caretaker MD.  I didn’t want the young people, who were very much involved in the recruitment process, to have to pick between someone they were potentially currently working with and someone new. I didn’t want them to have loyalty as an emotion in the process.

The byproduct of being so righteous was that I had the most brilliant time working with the group! One of the things I was very keen to do was to get them to have a trip abroad. I wanted them to not only go somewhere and play their own music in concerts but to have an immersive trip with real connection to the musicians, music, and cultures of the place we went. So I started talking to Kevin Lees about it all. Kevin and I have been friends since we met at the Folkworks Summer School in our youth! Kevin had a year abroad in Odense while on the Folk Degree, this turned to two years before he came back, finished the course, and moved to Odense to do his masters in Denmark. His fiddle playing is a beautiful mix of Northumbrian and Danish now. He told me about a Danish youth group but unfortunately it wasn’t the right time for them to work with us and so Kevin and I agreed that Folkestra would work with his band, D:UK (pro. Duck). It’s worth mentioning that Kevin was a member of Folkestra himself when he was younger and he knows what they need and want from personal experience. What a brilliant time we had. Folkestra worked with the band for three days and did two concerts. They worked to a professional standard learning an awful lot of repertoire in those short three days. They danced with Noa, and more importantly they danced with each other. ‘The Noa Bounce’ because a legitimate phrase to describe the tempo and groove of a piece (‘don’t forget the Noa bounce!’). They explored a very beautiful and small city, were invited into the international school for lunch, rehearsed and gigged in the student house, and by the end of the trip I really do believe they felt immersed and at home in Denmark. The trip may have been one of the most rewarding things I have ever planned and delivered (apart from the Folkworks Summer Schools but they weren’t my idea in the first place! I wish I could take that credit!!!) 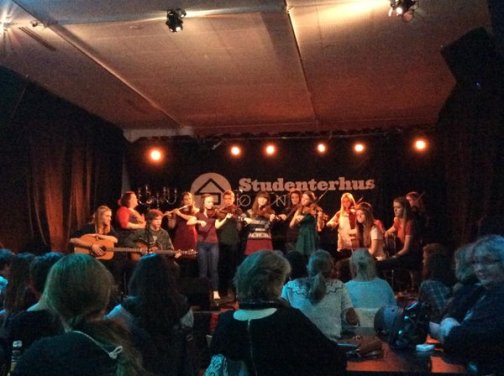 Not long after returning from Denmark the band were interviewing for their new MD and we appointed Ian Stephenson who took over from Christmas. I was really very sad to hand them over. I didn’t think I would grow quite so attached as I did in that short term.

Jane Oxnard has written about their trip for the English Dance and Song magazine, the first in their new youth voice series. If you are interested, or know anyone who may be interested, in joining Folkestra please follow this link.

A new year, time to join a choir!

I Got A Spring In My Step (choirs)